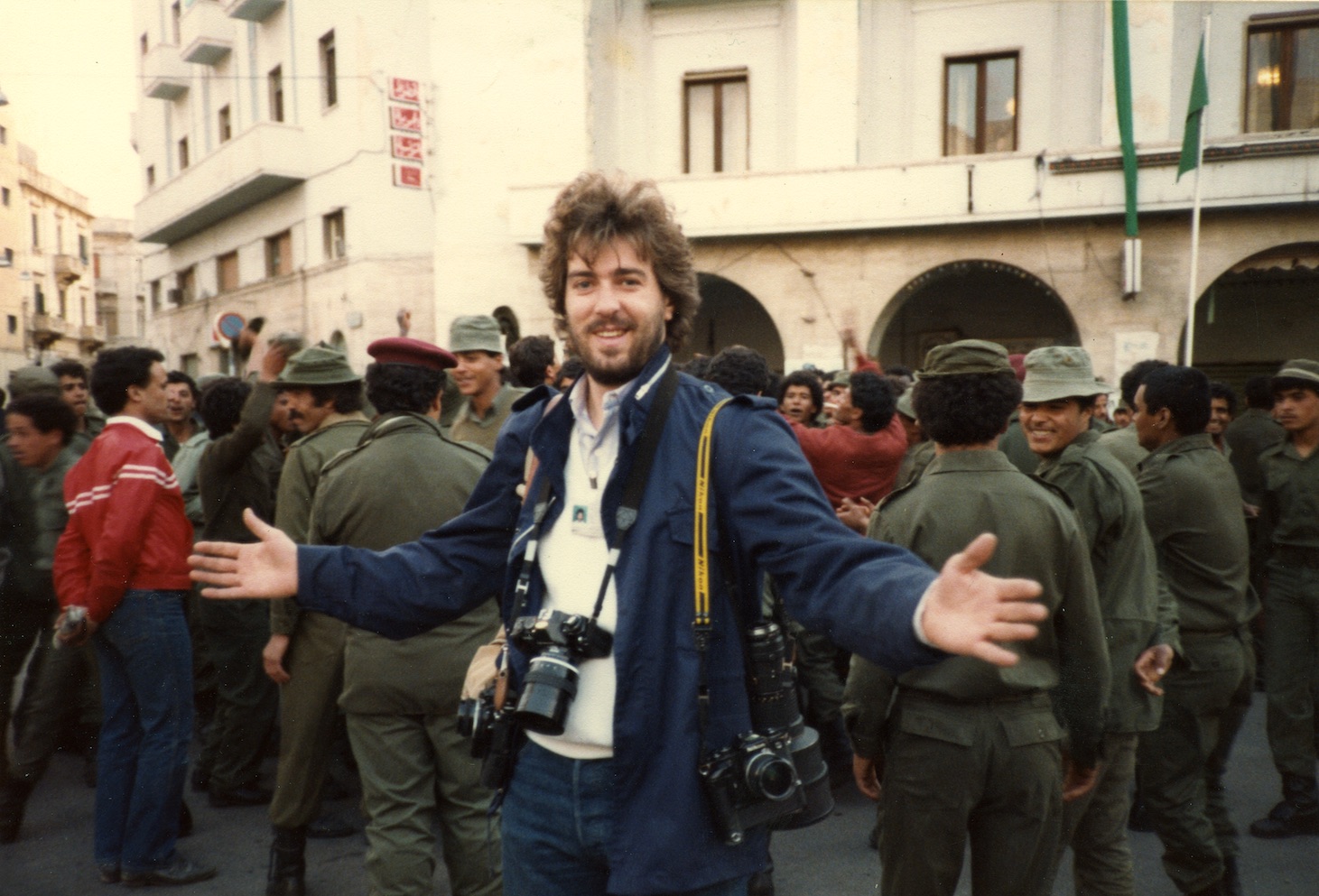 Working as a freelance, he was the only photographer on

the scene when the body of Aldo Moro, the Italian Prime

Minister killed by the Red Brigades, was found. In 1981

he began working with the Sygma Agency. In 1988 he

Vatican, which won him the first prize at the World Press

stories on China, the Italian aristocracy, the men behind

Perestroika, military academies in the U.R.S.S. and the

jockeys of the Palio at Siena. In 1991 he was awarded first

prize in the Art section at the Angers Festival and second

prize in the Sport section of the World Press Awards for

his work on the Palio. That same year he published his

the University of Missouri 1992 Picture of the Year Award

for his photographs of famine-stricken Somalia, he

published a reportage on the complex phenomenon of

miracles. In 1993 his work with Ayrton Senna brought him

into contact with the turbulent world of Formula One

racing, and the result was the book The Colours of

Passion, produced with Renault Motorsport. In 1995 the

publication of his book John Paul II, Portrait of a Pontiff

(White Star Editions) was followed by a prestigious

exhibitions in the Salone Sistino at the Vatican, in the

Carrousel du Louvre in Paris and in the Musée des Beaux

Arts in Rio de Janeiro. In 1997 Giansanti published the

(Goldstar Holdings Corporation), in which he covered

Villeneuve on the track, behind the scenes and away from

racing. The 1999 is completely dedicated to politics:

Giansanti realizes Discover the Chamber of Deputies, a

reportage of everyday life in Montecitorio. He spends

2001 in following the life of football champion Alessandro

Del Piero, producing with him the book Semplicemente

Del Piero. A long work in Africa, looking for the

origin of the Man among the primitive tribes in the Omo

Valley is the theme of the book Vanishing Africa, that will

be a huge editorial success. Following the death of Pope

events with close attention and the first year of

XVI, the Dawn of a new Papacy.